It's been one of the busiest weeks we've had for ages, its been lovely and sunny but getting hotter each day, so now its Saturday I'm staying home nursing sunburn and falling asleep every time I sit down!!
On Tues we went to a home school summer fair/meet up party as one of our friends is going away for 3 months!!we won't see them till September. Lots of us stayed in the garden, me knitting (thanks for this knitting pimp pic Claire!)
I managed to get quite a bit done and the boys were shattered from all the outdoor playing.... 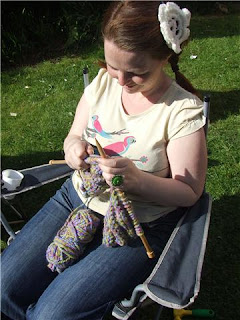 On Wednesday my friend came to show me her delicious baby boy, so the boys very quietly got on with school work whilst she was here - they are always quiet when people come round and then the people always say "what lovely, quiet boys you have", Ha if only they knew that as soon as the coast is clear they go back to funny, loud boys!! 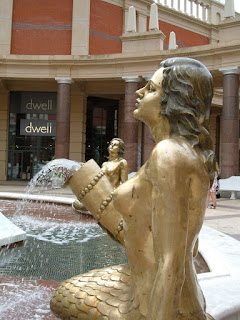 Then on Thursday we went to lego land in the Trafford centre, Manchester, one of the dad's from home school arranged it for us, everyone else went in cars and me and M went by train and bus, oh my the bus stops about 2 1/2 miles away from the entrance, it was roasting and the bus was full of manky people, when we got in though it was good, but on the small side, I imagined it to be like the Windsor one but this one is like a big dept store that has been turned into lego land. There was no air con and they had those hideous bright lights that give me headaches. Everyone was sweaty and then school children descended and the noise so really loud, not my thing. On the plus side because I'm sounding like a right old grump, there was a good laser shooting ride to save the princess and fab builds like this Darth Vader.... 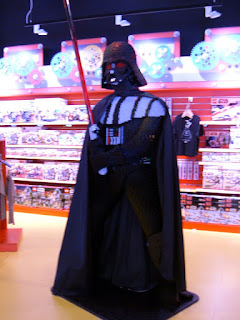 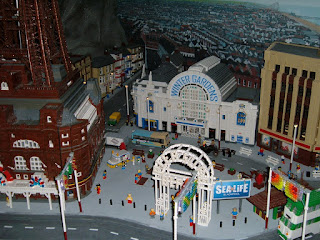 Blackpool in Lego was surreal 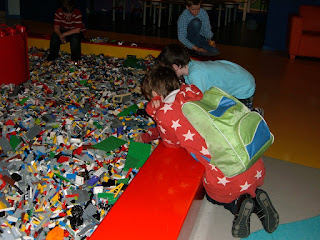 a huge Lego pit, which is great in theory but in reality it kept getting brats stomping through it in their shoes making a right racket and potentially causing injury to any nearby builders *brats did not belong to our group! 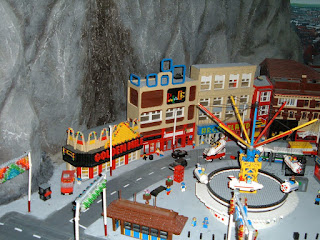 loads of other fab building and statues etc. They also had a 4D cinema, I wondered what 4D was, its 3D glasses and effects like rain, wind, snow etc blasted at you, it was really good but it takes my eyes ages to adjust to the 3D thing, I can't watch a full length movie with them on, I'm sure they are no good for your vision or brain. What else, erm a car racing area, where you could build your own car and race it down big ramps, a workshop to build the tallest tower, the kids enjoyed that one. A big Lego shop, Chris thought all his dreams came true in there, he had been saving up for 2 months to buy something, so spent ages choosing.
The journey back was spent missing trains, standing up because train was packed and more stinky passengers on the bus. Home for around 7pm, sweaty, tired and bad back ache, kids exhausted and sweaty but had fun.

Friday.....oh what joy (that's sarcastic). Names shall not be used to protect my ass in case it gets a whippin'. It started off good, my friend J came with her little girl and me and the boys and her went on the bus to Fleetwood to catch the ferry but we was early so we went on the pier for a bit, I'm surprised its still standing actually, it could do with a lick of paint and a good scrub but we was amused to find this musical puppet show: 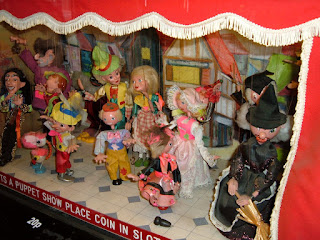 I'm not sure if it is totally hideous or rather kitsch, the boys hated it and the girls loved it in a weird way. Note to self: don't ever use the staff toilets on the pier - eurgh!!

We then went to catch the ferry and our other friend was running a little late so the ferry driver was waiting for her and f'ing and blinding for her to hurry up which is pretty funny because the crossing only takes 3 minutes! 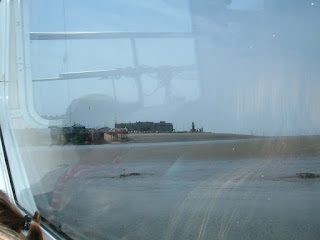 over we go....still smiling at this point......
Then we met up with other home schoolers for a walk, the walk was described as down a disused railway track, I'm thinking stand by me film, adventures etc.....oh no, think dried up muddy track, no railway lines, no sleepers, nothing just mud, in fact until it was pointed out where we were I wouldn't of had a clue! The map reader kept calling us to go back as the turning had been missed on more than one occasion and it was so pedantic that this map was followed it was like a military operation, there was no slowing down to see any wildlife, no resting in an idyllic spot, in fact it was bloody hell, burning heat, marching forward. Me and J and our kids, broke away from the group who still had miles to walk and went our own way, as soon as we turned the corner Adam said he felt free again, I did too. We then started to enjoy ourselves even though it was boiling, we saw a mummy duck and her ducklings crossing the road 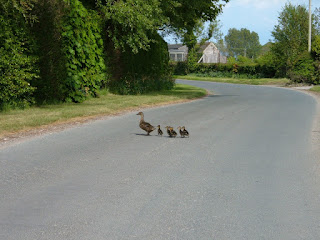 we found a farm shop, saw Indian runner ducks, lots of Jemima puddle ducks and lots of other lovely things at a nice pace, we then jumped on the nearest bus and came home!!
Today I am very burnt, very tired and my lovely fellow and Adam have gone to Wembley to see Blackpool make it to the premiership, its 107 degrees pitch side so they will be really hot, I hope their coach has air con, they won't get back till 1am, so tomorrow we are having a day in, chilling and being together. Ive really missed spending time with my fellow this week, we have been so tired with the early mornings and travelling that we have been in bed straight after the kids. It has been lovely though to see good friends and have some sun.
I was part of the fabric swap Helen did, and my swap partner was the lovely Kazzy, I received her parcel on Lego Thursday so that cheered me up big time, all I can say is wow! what a beautiful parcel I received, full of goodies. I am going to do a separate post on it as Adam has taken the camera to Wembley so I can't take pictures and it needs to be shared through pictures, so THANK YOU KAZZY for all my adorable things and for making me feel lovely xxxxx

Hehehe, your blog made me laugh and made me thankful that it's not just me that gets grumpy in crowded, public places and uses words like 'brats'!! There is a Playmobil pit in Centerparcs and as you say, it SHOULD be a brilliant idea, but whenever we've tried to play in it, along comes some kid who walks across the pieces, stamps on them, throws them and never looks like leaving. I always thought it was just me who noticed things like that, because the brats parents never seem to ...............

The home ed trip sounded much better once you'd improvised a bit. Sounds like you'll be looking forward to putting your feet up for a day or two after all that!

So much lego! I love that puppet theatre - it kind of reminds me of Charlie and the Chocolate Factory when they all started melting and catching fire.
By the way, I've awarded you a blog award. Please stop by my blog to pick it up:) 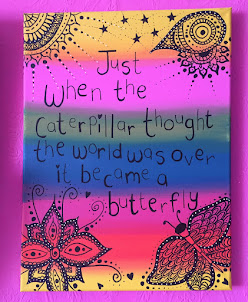 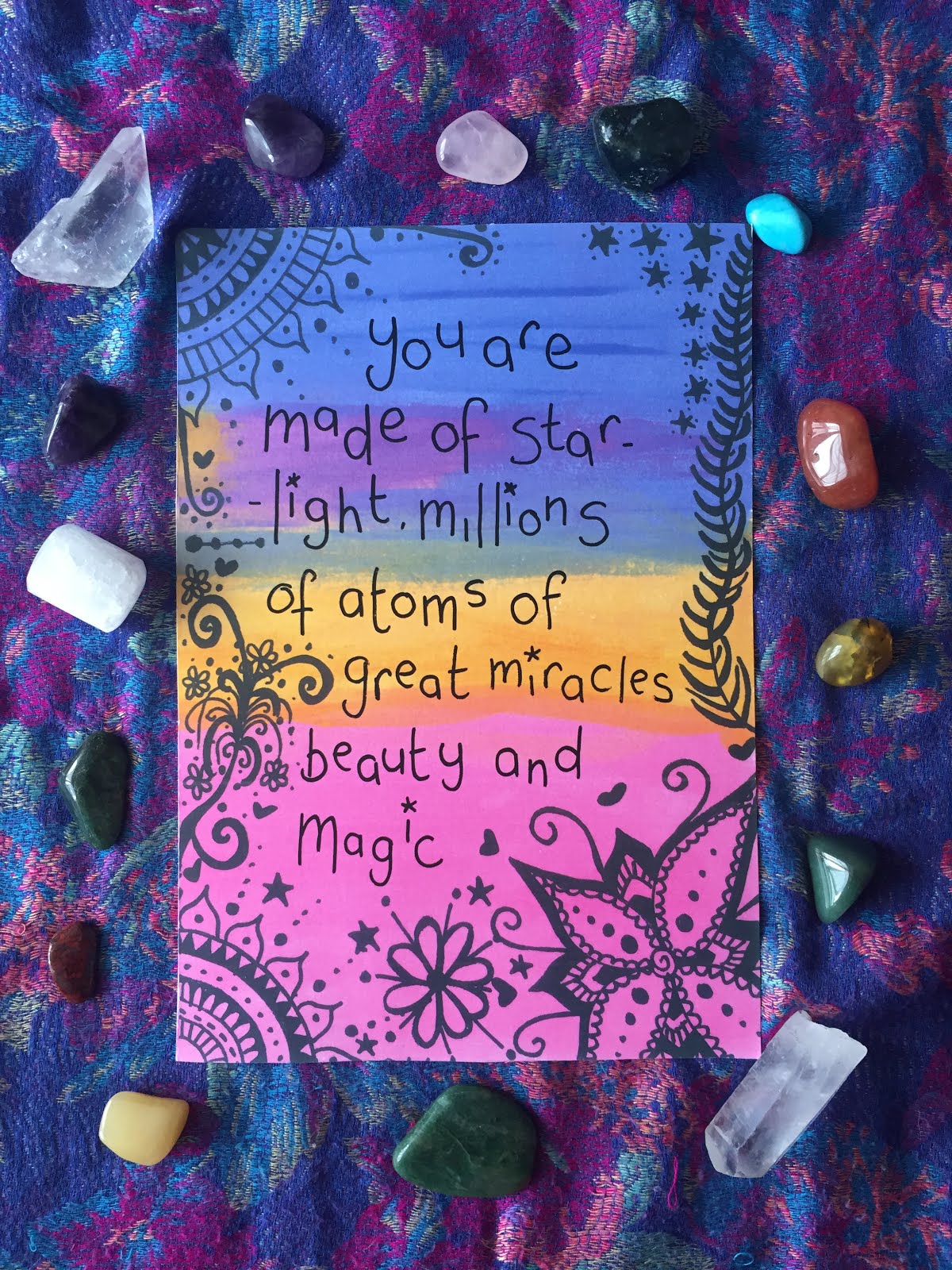 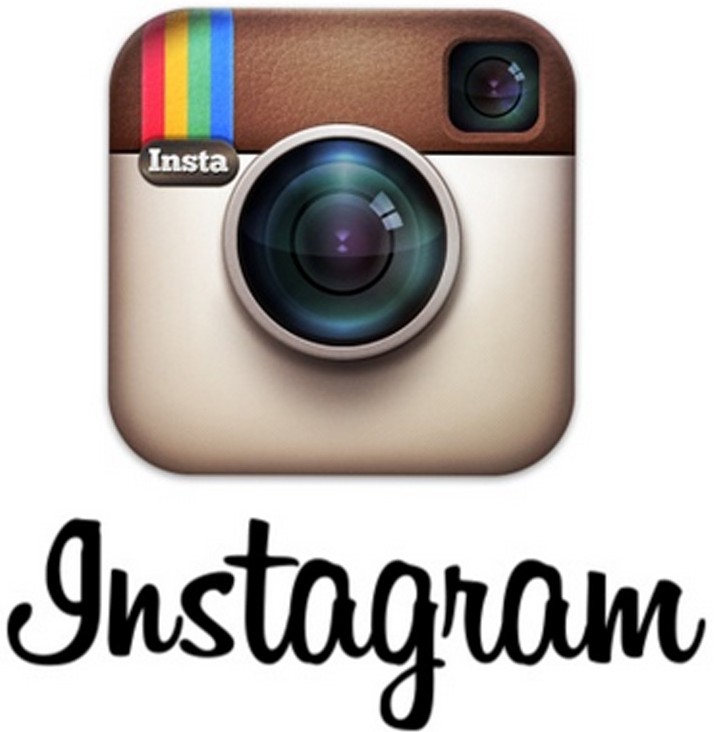 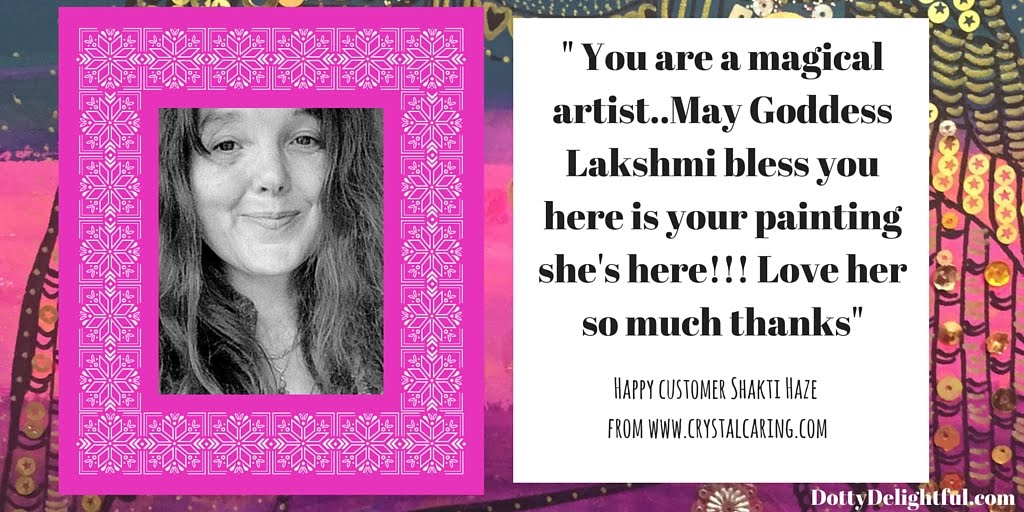 How to create art that gets noticed 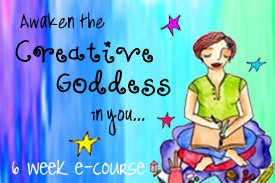 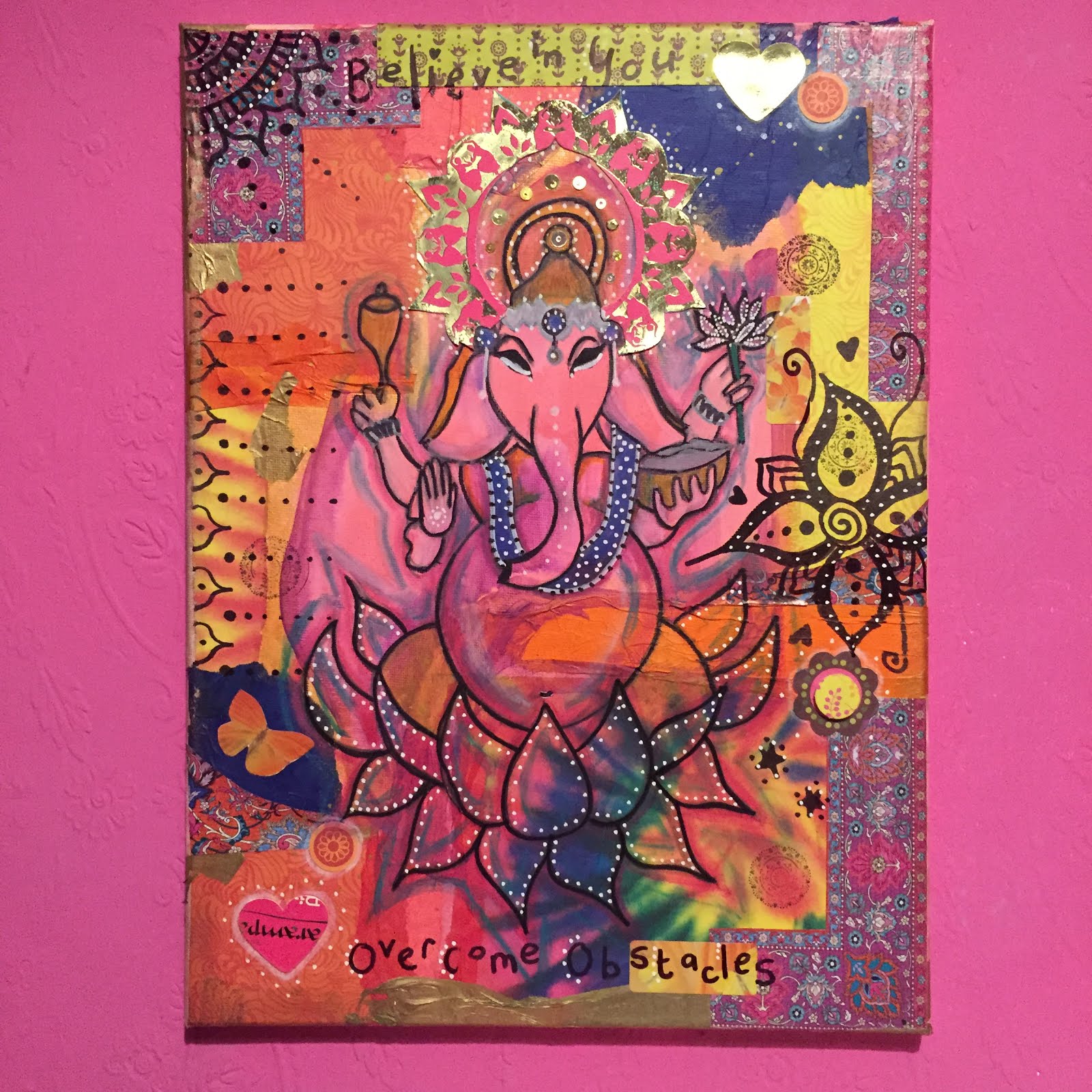 Every artist needs an apron ;) 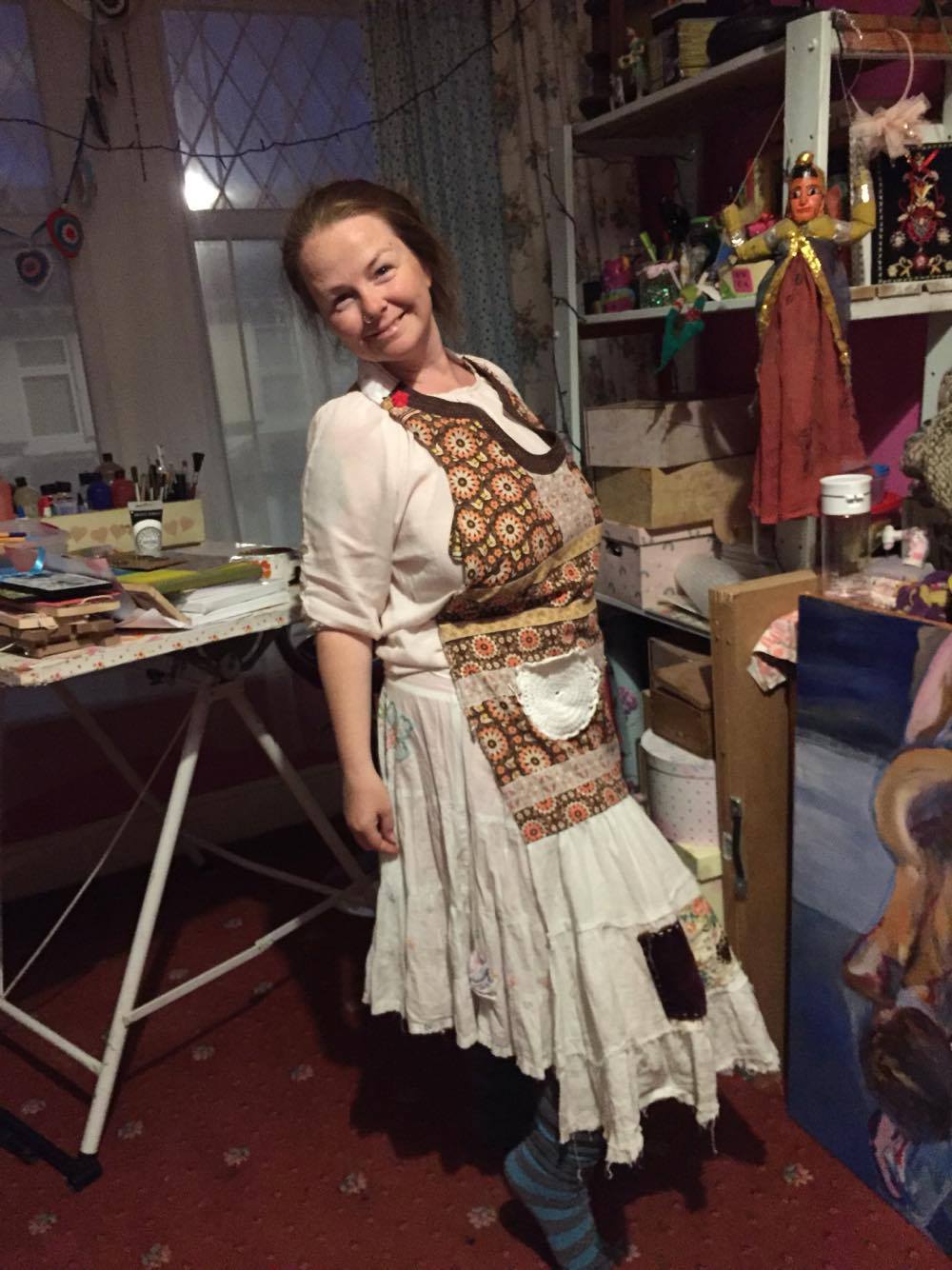 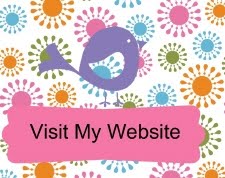 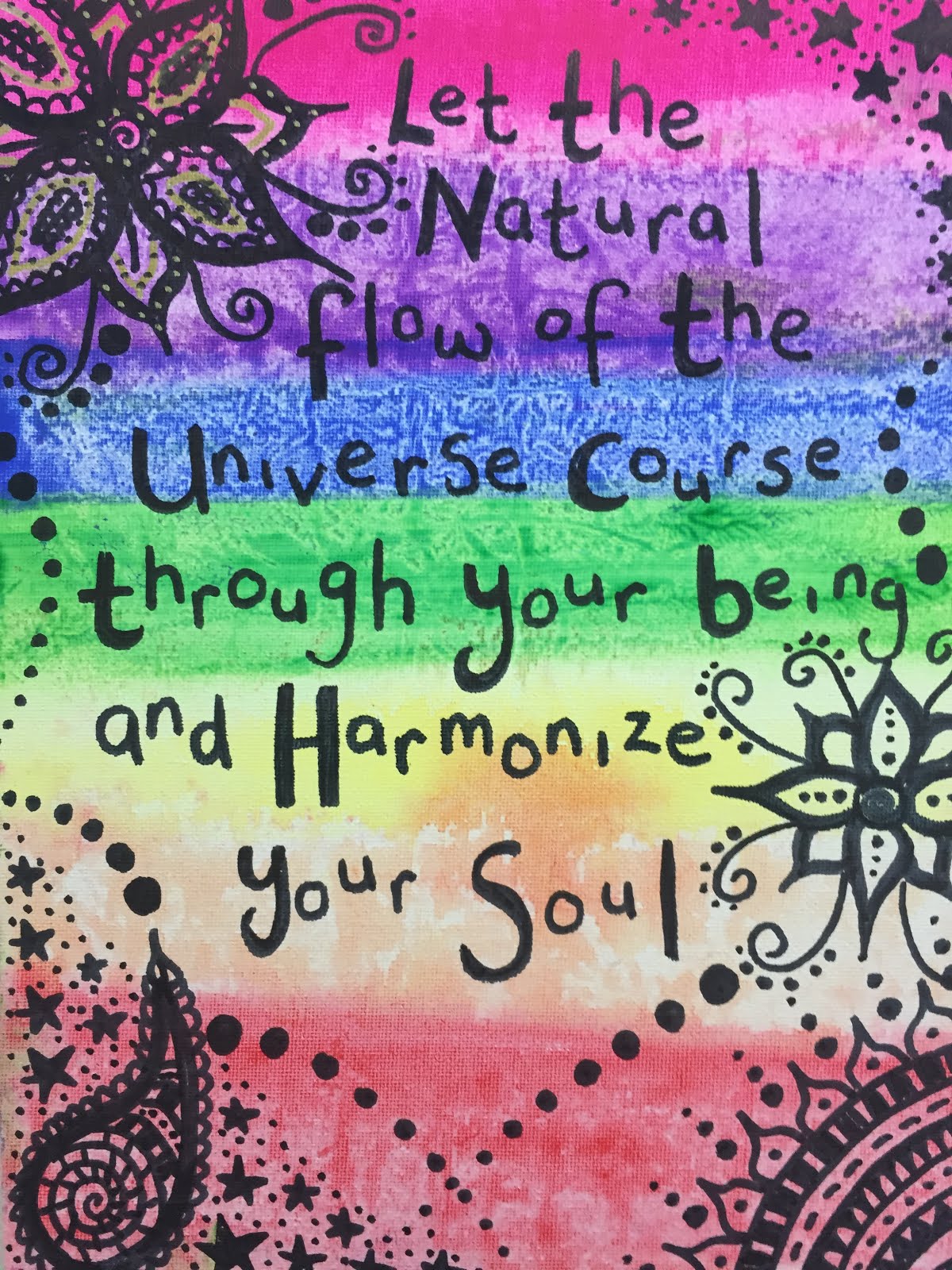 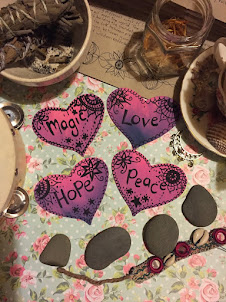 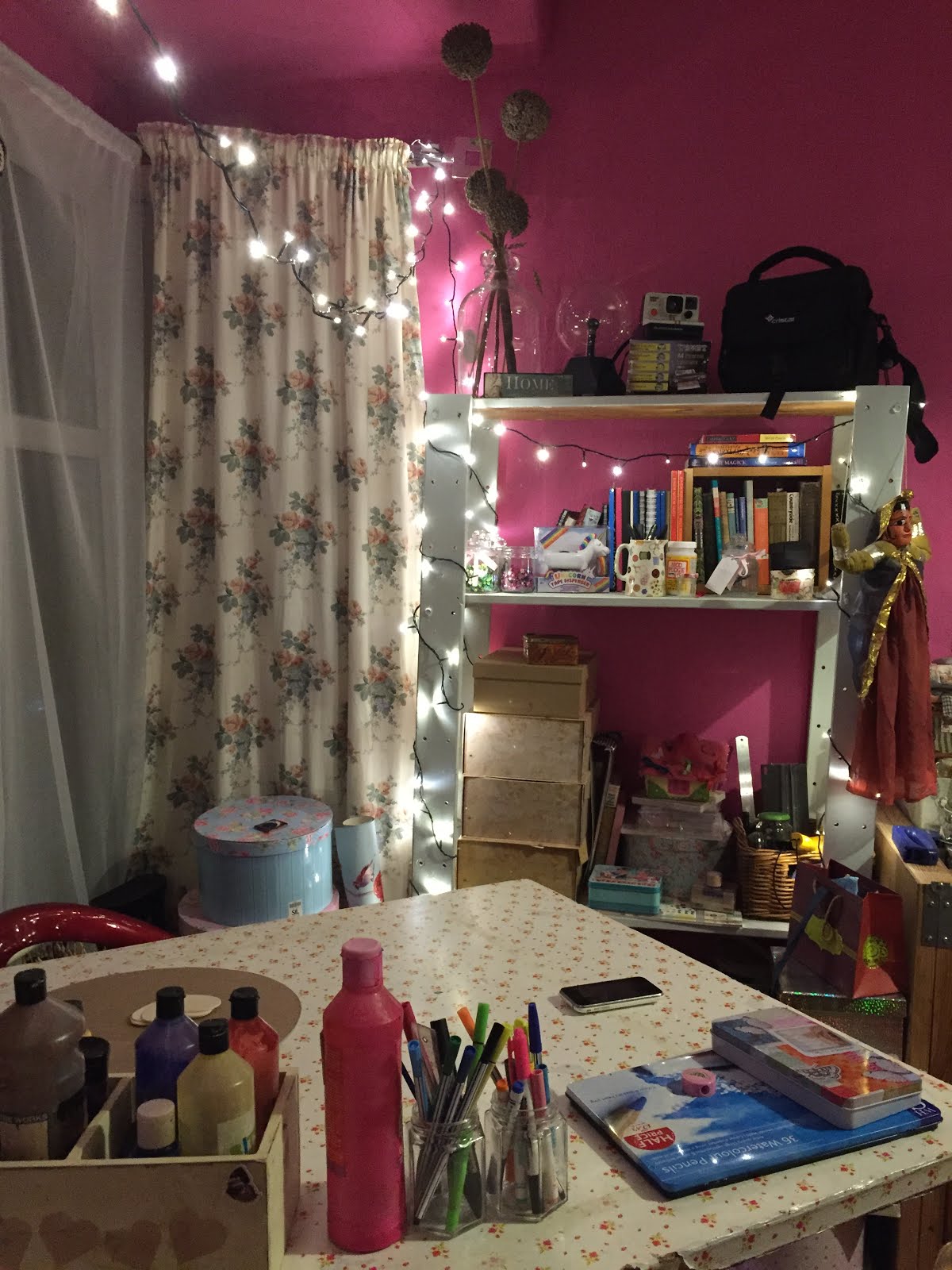 Part of my studio 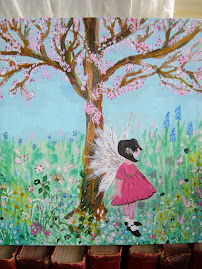 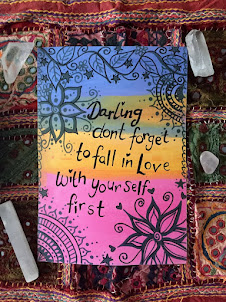 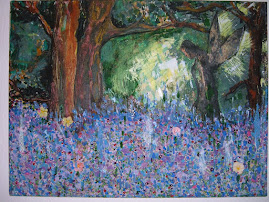